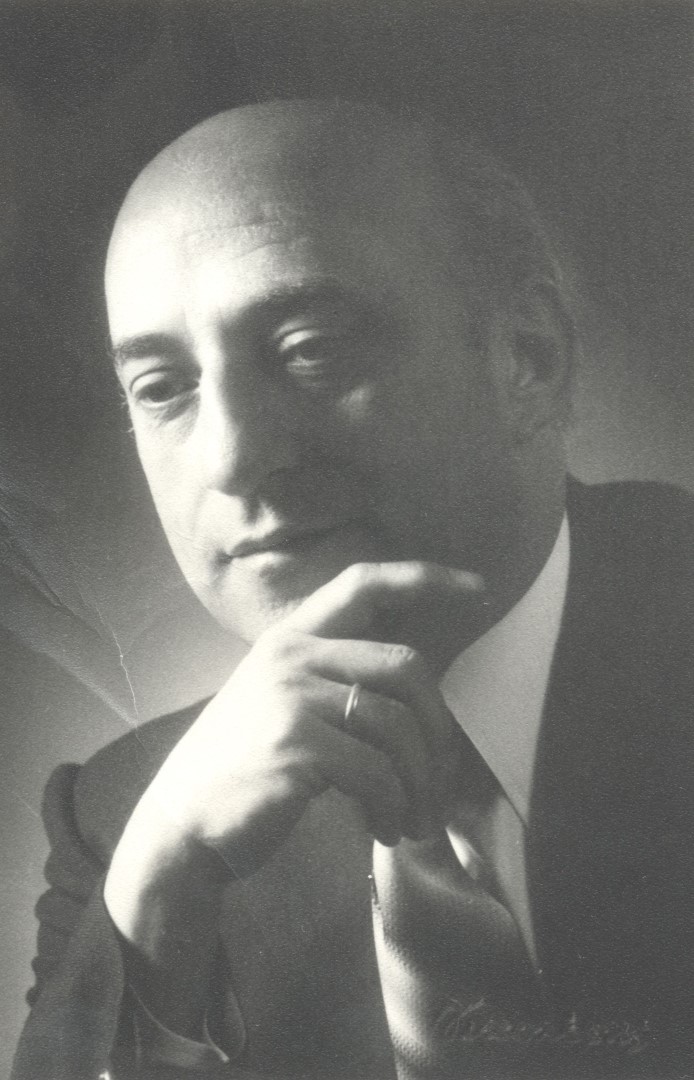 Giorgos Thymis was born in Thessaloniki in 1925. He studied piano at the State Conservatory of Thessaloniki and continued his studies with the scholarship of the Society of Macedonian Studies at the Music Academy of Vienna (1951-1954). He attended Advanced Theory and Composition with Solon Michaelidis and conducting at the Mozarteum Academy in Salzburg, from where he received the Conducting diploma in 1962.


He started his piano career in Greece in 1946 and continued abroad as a conductor collaborating with soloists of international prestige. His contribution as a piano teacher at the State Conservatory of Thessaloniki was also remarkable, where he taught from 1954 to 1991, as a maestro (1962) and as its general director from 1971 to 1982. He also taught at the Summer Academy Mozarteum Salzburg (1958-1972). At the same time, he was the founder of the “Thessalonici Trio”, the director of the “Rotonda” string orchestra and the artistic director of the North London College of Music of the University of London.

He had placed particular emphasis on the pedagogical field, as he contributed to the development of more than 80 graduate students, many of whom are pursuing careers in Greece and abroad. As a teacher, he was extremely methodical, with particular attention to the development of the students’ technique, to the accurate reading of the score and to the respect of the composer’s instructions.


Having the dual status of a pianist as well as a conductor, he treated musical works as architectural constructions, a perception that he tried to pass on to his students. He conducted in USA, Romania, Former Yugoslavia, Austria, Portugal, Israel, Bulgaria, Germany, Venezuela, Poland, S. Korea, Philippines, Former Soviet Union, Switzerland, Japan , in Italy, France, the former Czechoslovakia and Hungary etc. In Greece, he conducted for a number of years the State Orchestra of Athens, the Symphony Orchestra of ERT, as well as the Symphony of the Municipality of Thessaloniki.

Although he himself maintained that in order to deal with the subject of composition one should be able to devote himself and remain fixed exclusively on it, he achieved some compositional efforts with success. His compositional work consists of works for piano, violin and voice. During his long career, he received numerous honors.

Giorgos Thymis was undoubtedly the great musical personality of the city of Thessaloniki in the second half of the 20th century. He was a source of inspiration for the younger generations, whom he loved selflessly, he stood by their side whether they were his students or not and he left behind the initially Panhellenic and then International Competition that bears his name. 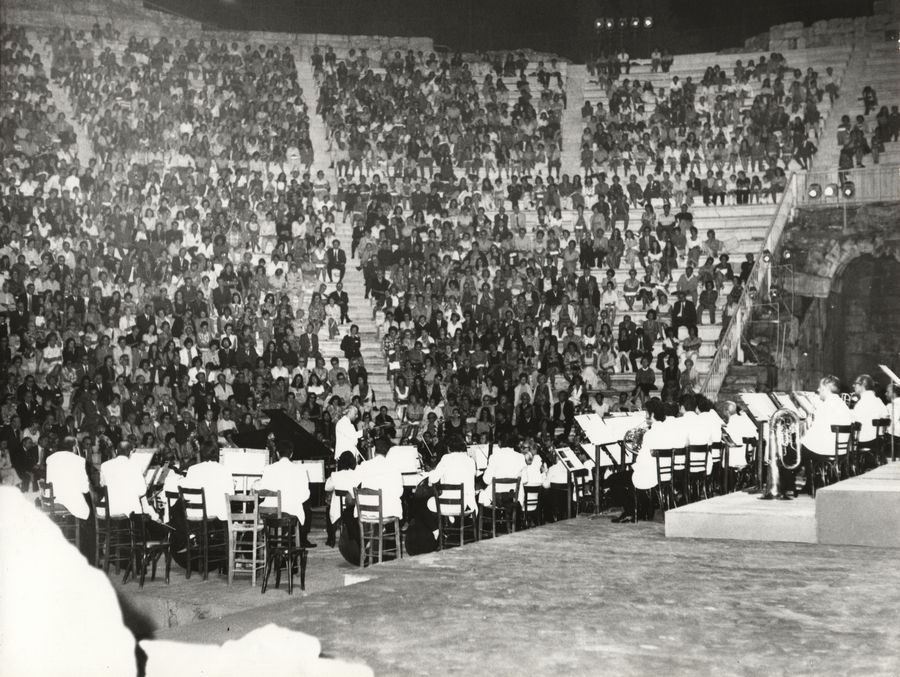 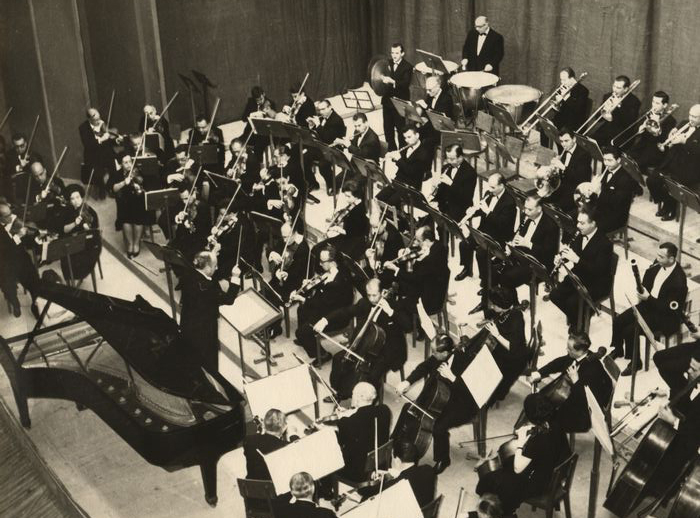 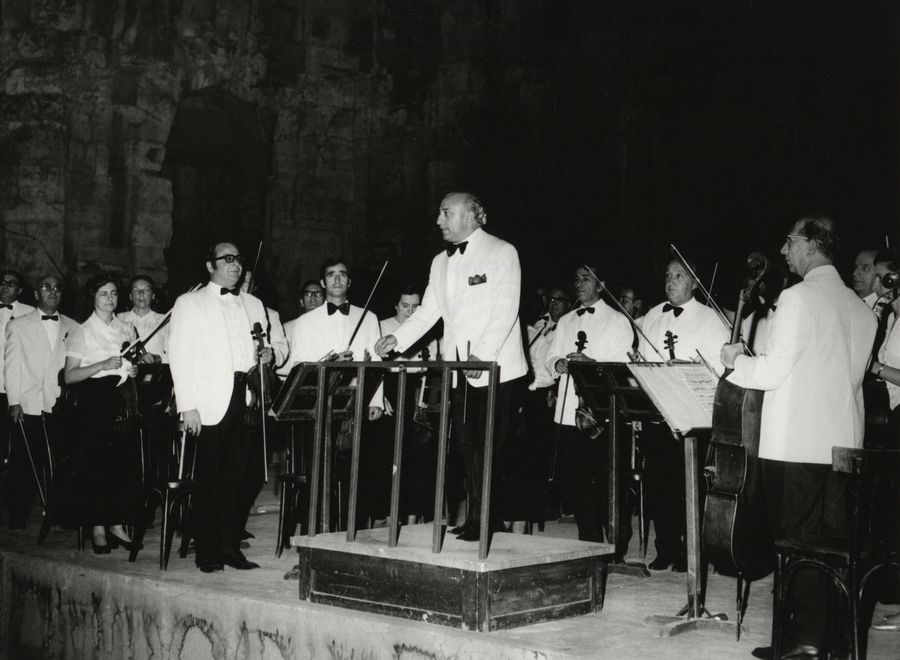 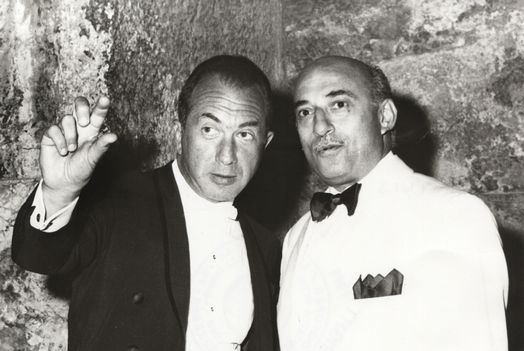 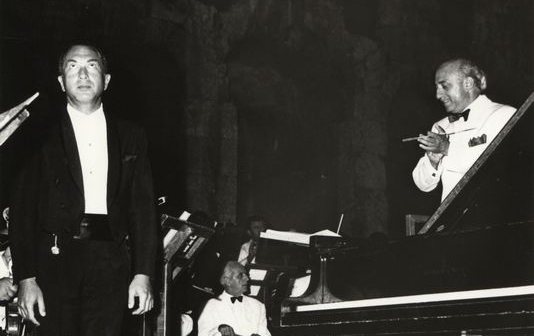 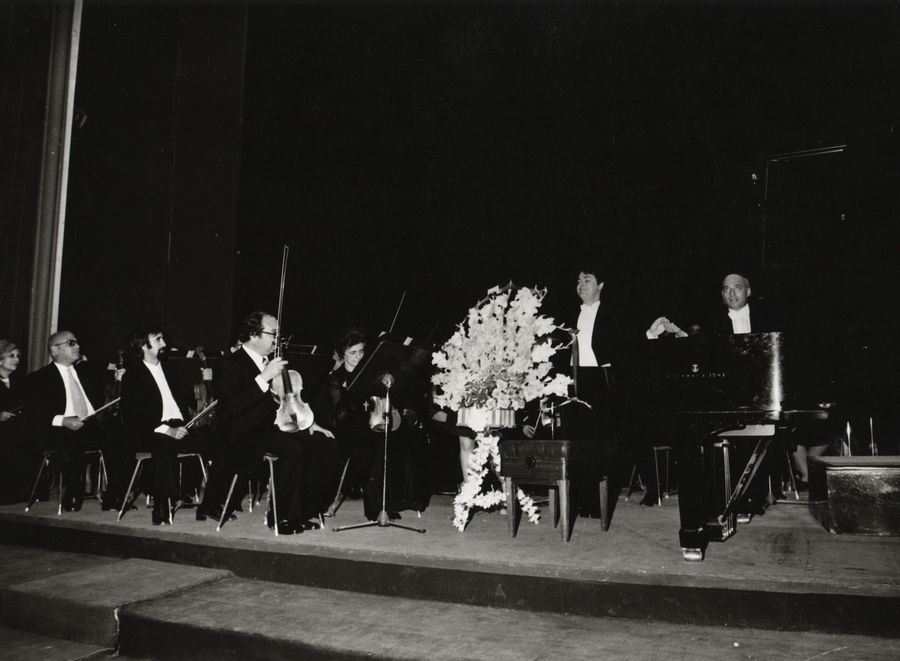 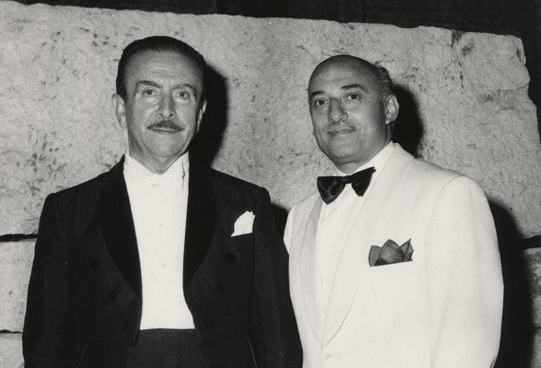 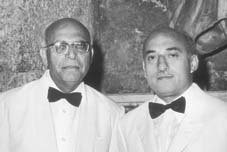 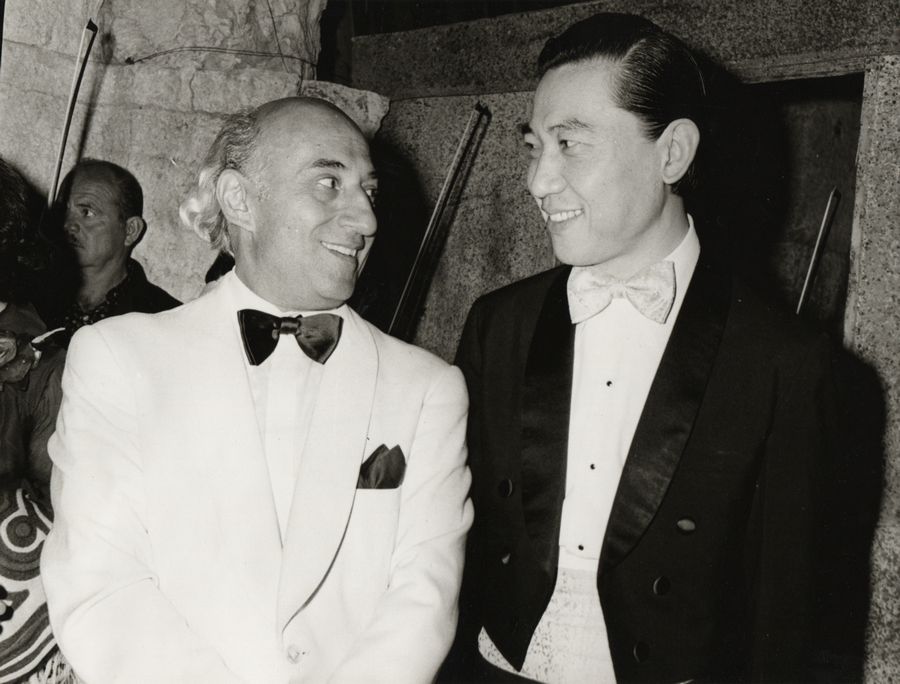 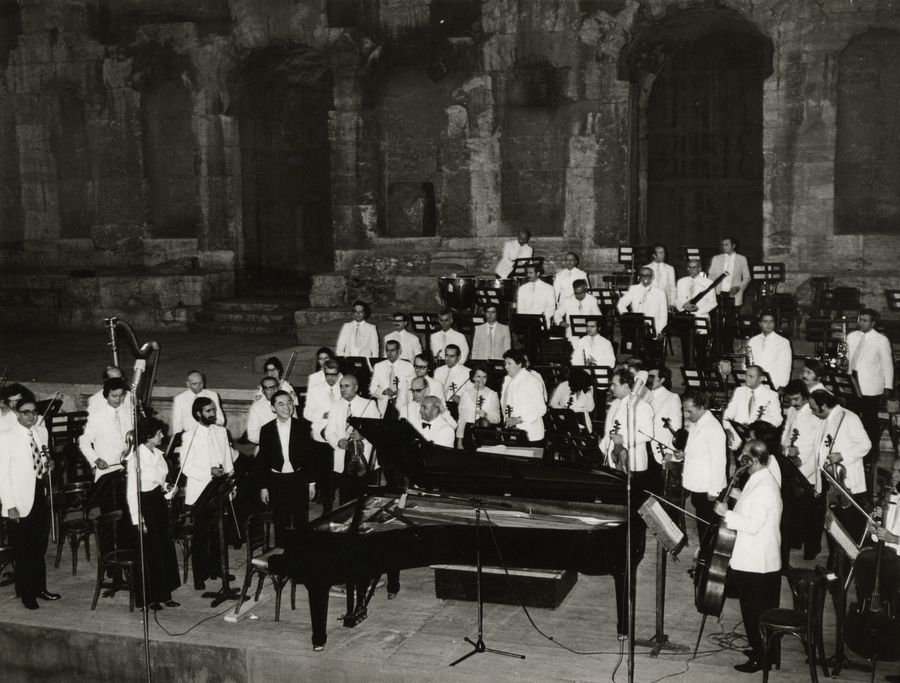 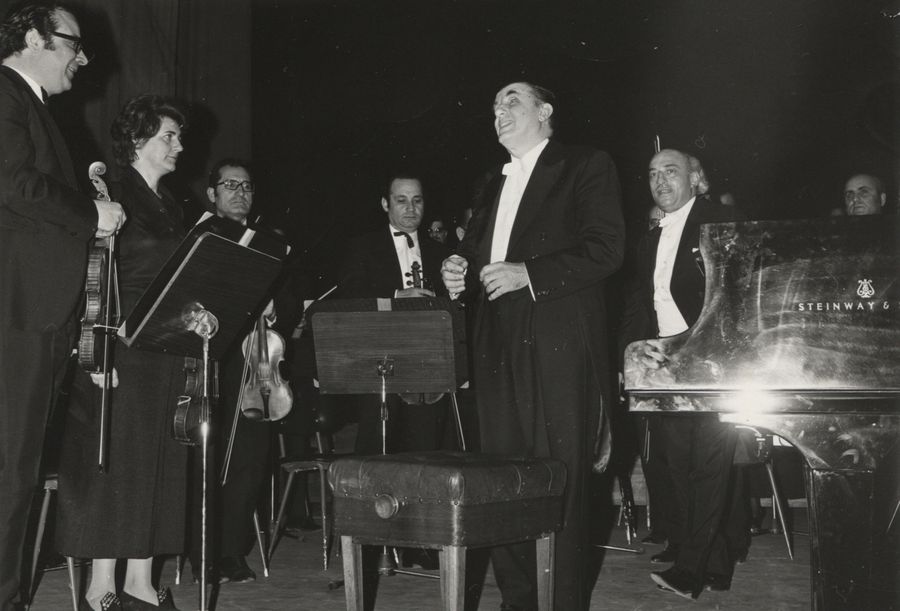 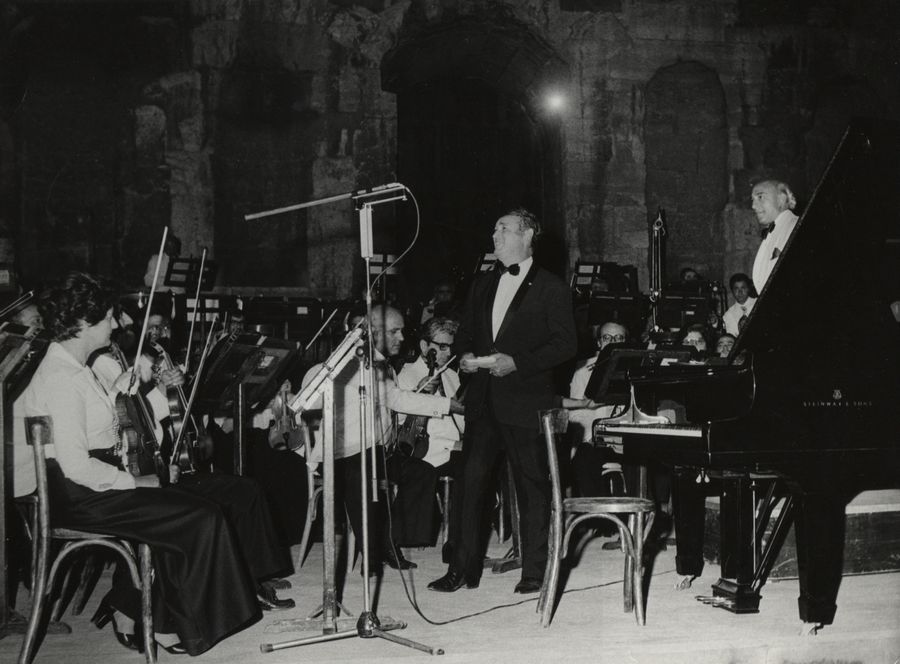 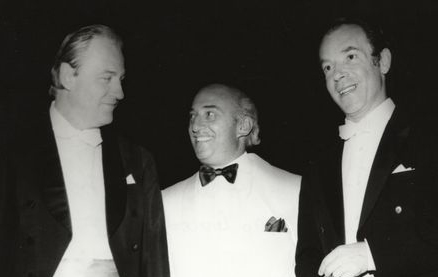 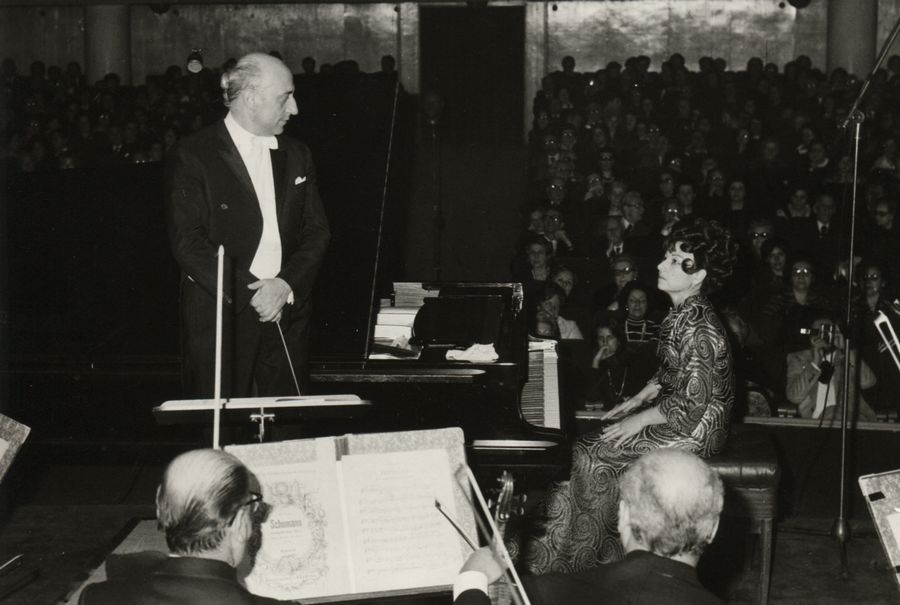 He studied piano with Lori Margaritis and Athanasios Kontos at the State Conservatory of Thessaloniki (Diploma with first prize).

He started his piano career giving recitals with orchestras in Greece and abroad. At the same time, he continued his global career as a principal musician conducting around the world.

Studies with a scholarship of the Society of Macedonian Studies at the Music Academy of Vienna (Diploma of virtuosity).

Piano teacher at the State Conservatory of Thessaloniki.

Founder of the “ROTTONTA” String Orchestra.

Served as Chief Musician of the State Orchestra of Thessaloniki.

General Director of the State Orchestra of Thessaloniki.

He was invited by Poland as a member of the jury of the international conductor competition “FITELBERG” in Katowice.