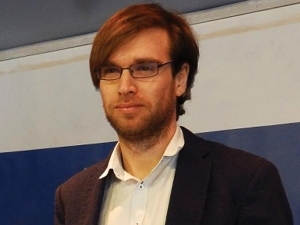 “Pablo Galdo is an excellent musician and a brilliant pianist, with whom I shared the stage. In addition to his pianistic capacity, I highlight his great musical intuition (Martha Argerich, 2020)

“Pablo Galdo is an exceptional pianist of great technique, with the musicality of a real artist, that additionaly has the capacity to communicate to the audience with great facility, which makes him a complete pianist” (Tamás vásáry, 2018)

Pablo Galdo was born in Ferrol (La Coruña). He studied at the “Conservatorio Superior de Vigo”, where he graduated with honours and “Extraordinary Prize”, at the “University of Alcalá de Henares”, “Zoltán Kodály Institute of Kecskemét”, “F. Liszt Academy of Budapest”, “Mozarteum University of Salzburg”, where he obtained his Postgraduate Diploma, and at the “Tchaikovsky Conservatory of Moscow”. His teachers have included Nicasio Gradaille, Ferenc Rados, Rita Wagner, András Kemenes, Imre Rohmann and Elisso Wirssaladze.

He has received scholarships from the Hungarian Ministry, the Ministry of Asuntos Exteriores, the Spanish Agency for International Cooperation, the CaixaGalicia Foundation and the AIE Association.

He is the artistic director of the Galician Classical Music Association and founder and artistic director of the International Piano Competition “Ciudad de Vigo”. He is also the founder of the “Online Piano Masterclass”, a platform that offers students from all over the world the opportunity to take online lessons with some of the best piano teachers in the world. He was awarded the “Premio Gregorio Baudot de la Música”, the Gold Badge of his hometown, “Gallego del año 2020”, and has been awarded the silver medal at the Global Music Awards in 2017 and 2018, in 2 different categories (Best instrumentalist and classical pianist).

He currently combines his concert activity with his teaching position at the “Universidad Alfonso X el Sabio” in Madrid, at the Centro Superior Katarina Gurska, and at the “Conservatorio Superior de Música de Coruña”.